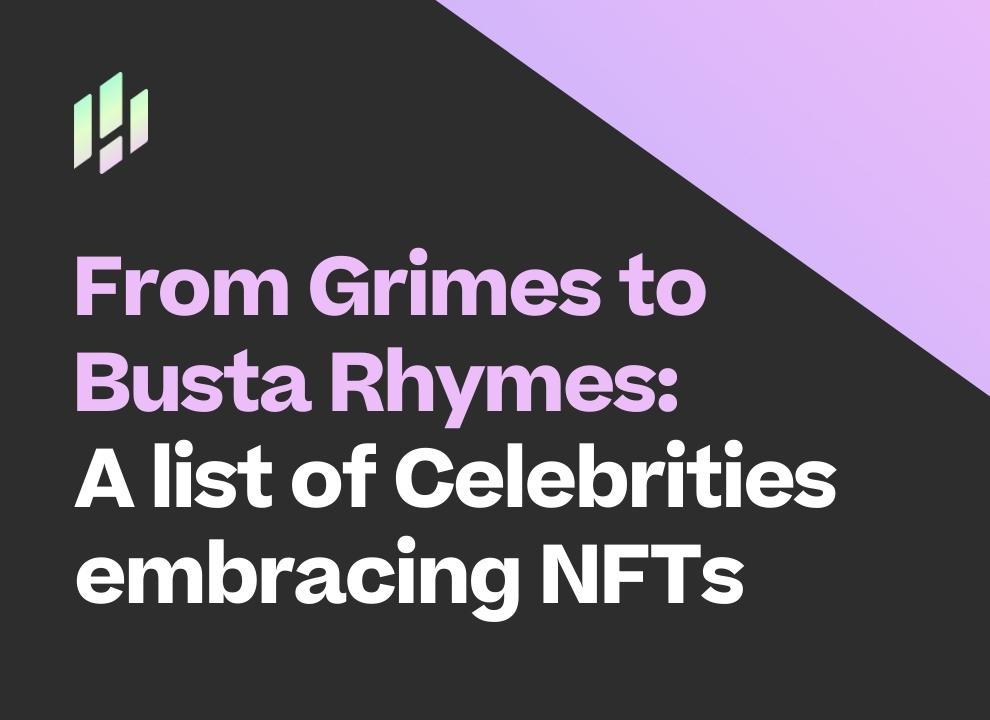 To NFT, or not to NFT, that is the question. Rapper Busta Rhymes shares his inner turmoil for what his next big purchase should be with his followers . A tweet that, a few years ago, would’ve left fans puzzled.

Legendary rap artist Eminem made a staggering £1.3million on his first NFT collection ‘Shady Con’. The collection included original instrumental beats, action figures based on music video characters and comic books. The most valuable piece in the collection, a video called ‘STANS REVENGE’, came with a rare pair of Eminem’s Carhartt Air Jordan collaboration trainers and sold for £72,000.

Canadian artist Grimes boasts one of the most popular debut NFT collections in the world. Her 10 piece series ‘WarNymph’ sold collectively for around £4.3million and featured cherubs set to original music. While some works were one-of-a-kind, Grimes created two pieces, “Earth” and “Mars”, with thousands of copies available for over £5000 each.

23-year-old musician Shawn Mendes has also dipped his toe in the NFT pool, releasing a line of digital wearables including a necklace, his signature Fender guitar and a vest. In collaboration with Genies, an avatar brand, Mendes made over £430,000 and donated it all to his foundation ‘Shawn Mendes Foundation Wonder Grants’.

Paris Hilton has always been one for staying on trend, and that has extended into the NFT sphere where she’s even named her dogs “Crypto Hilton” and “Ether Reum”. Hilton is a huge NFT fan stating they’re “democratizing art” in her blog. Selling a series of three pieces in collaboration with designer Blake Kathryn for over £725,000, we don’t think she’s doing a bad job!

Skateboarders NFT too, don’t you know? Skateboarding legend Tony Hawk decided to complete his last ever 540-degree “ollie” and immortalize the trick in a clip sold as an NFT. Noting how his “willingness to slam unexpectedly” had lessened, he gave it one final whirl for the digital world, before retiring the trick for good.

NFTs can be seasonal too, as food and lifestyle icon Martha Stewart proved with her Halloween take on the crypto art. The most recent celebrity to mint non-fungible tokens, Stewart curated a collection of pumpkin carvings that sold out instantly.

Martha with her first spooky NFT creation. Image via Twitter/@MarthaStewart

With honourable mentions going out to Cara Delevingne, William Shatner, Ellen Degeneres, John Cleese and Soulja Boy, the list is ever-growing of celebrities and their NFTs.