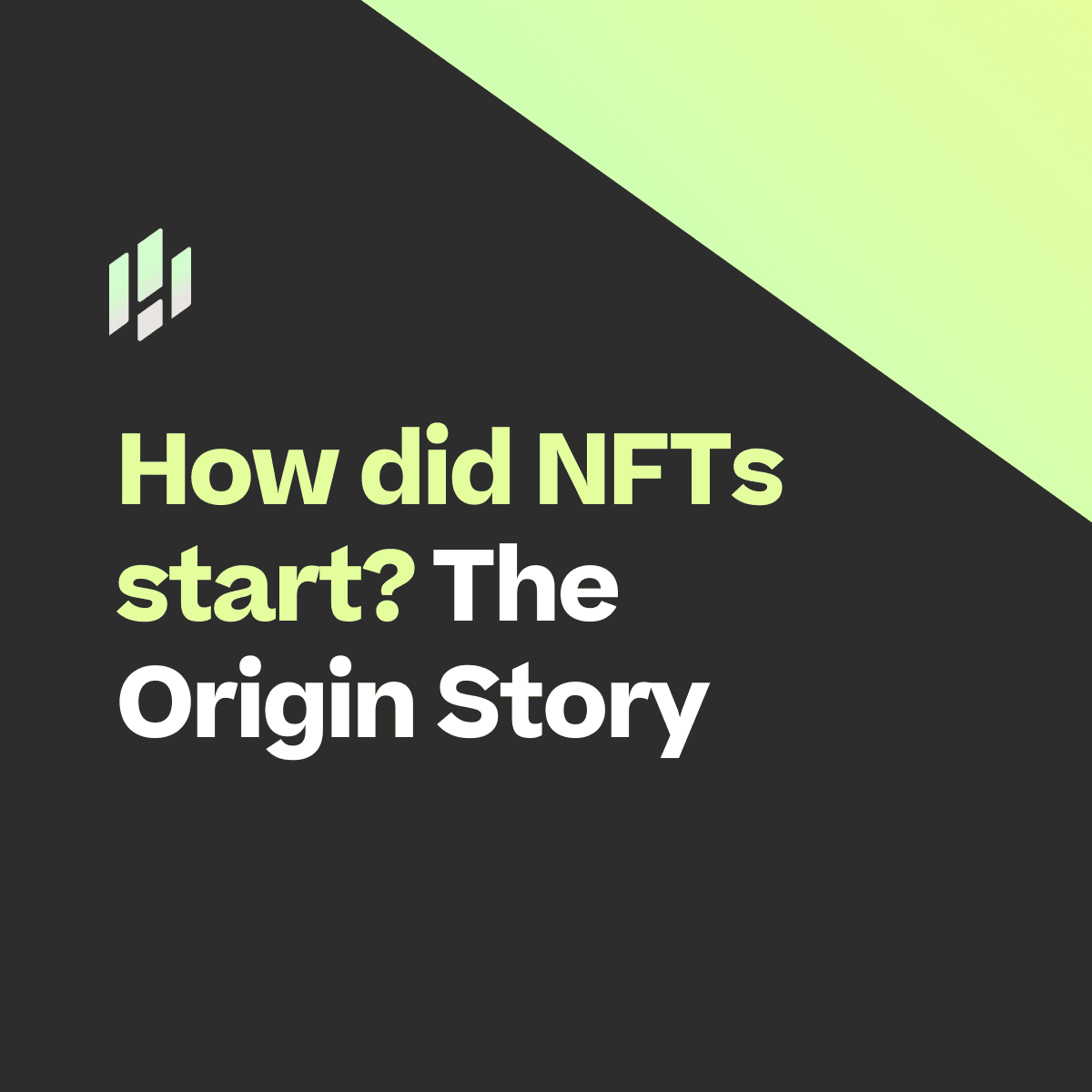 Our first stop on the train, destination: fully-fledged NFT, is the ‘coloured coin’. Issued on the Bitcoin blockchain, these tokens were made of small bitcoin denominations; think one cent instead of a full dollar. The idea was to use the Bitcoin blockchain to hold these tokens, which represented real world assets like cars, property or even company shares. Teething problems associated with the bitcoin blockchain meant the coloured coins were flawed, but the seed of the NFT idea was planted; now it just needed some watering …

Next up we have the creation of Counterparty in April. A peer-to-peer platform allowing asset creation and decentralised exchange (i.e. cryptocurrency). The first opportunity for meme exchanges, the platform made it easier to create your own tokens and had many projects launch in the lead up to the NFT explosion:

The Counterparty crew teamed up with ‘Spells of Genesis’ game creators, who became pioneers for in-game assets on the blockchain. Among the first of many to launch an ICO (initial coin offering, essentially crowd-funding for crypto), they introduced ‘BitCrystals’, their own in-game token that could be used as currency.

We’re getting there. The next big project on Counterparty was a trading card game by ‘Force of Will’. At the time it was the 4th highest-ranking card game in North America. The launch of these trading cards on the platform was particularly huge because the company had no blockchain or crypto experience whatsoever, which really showed how valuable it was becoming to store assets on the blockchain.

These frog characters are the next heroes in our tale. In October, creators started to add ‘Rare Pepes’ to Counterparty and the frog sensation took off. They started to get traded on Ethereum in March 2017 and CryptoArt was born with the ‘Rare Pepe Wallet’ enabling creators to sell their artwork. Ribbit!

If you’ve read our blog post about the Top 10 most expensive NFTs, you may be familiar with the Cryptopunks. If you haven’t, excuse you. Get reading. June saw Larva Labs creators (John Watkinson and Matt Hall) creating 10,000 unique characters on the Ethereum blockchain, which became a hit. Following on from that success, CryptoKitties were launched in October as a blockchain-based virtual game on Ethereum allowing you to adopt and trade virtual cats. Some of the first tokens to use the ERC721 protocol (Ethereum Token standard certifying assets are unique and non-fungible), these feline friends attracted huge media attention and went viral.

After the CryptoKitties were seen on news outlets internationally, public awareness exploded. Artists became intrigued, NFT platforms were born and different types of NFTs available evolved. A new accessible way for fans, collectors, and everyone in between, to own unique digital works of art, was born.

So there you have it, coloured coins walked so that CryptoKitties could run. Don’t forget to check out our other blogs for all things NFT!