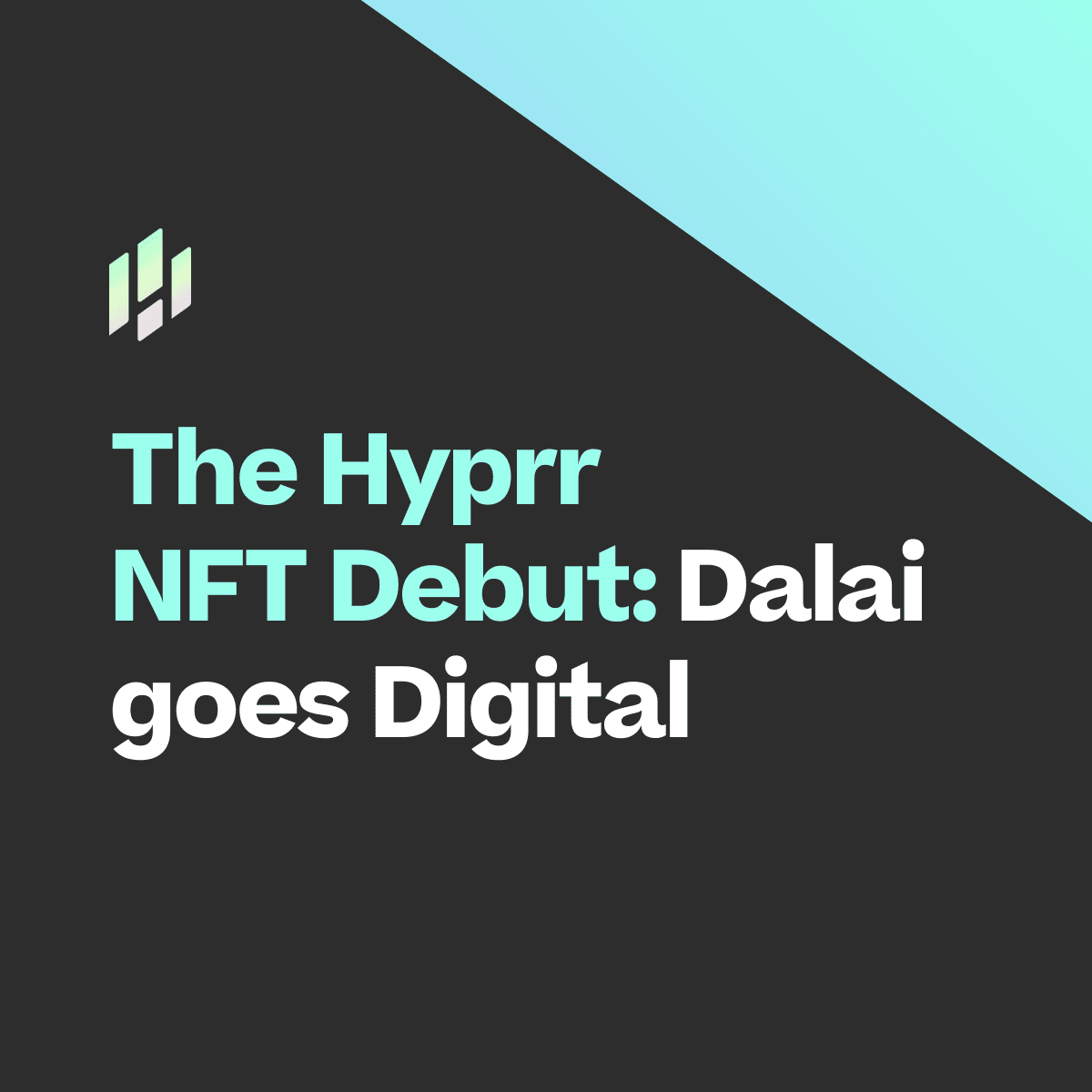 What do Paris Hilton, self proclaimed inventor of the selfie, and the Dalai Lama, spiritual leader of Tibet, have in common? Nothing? Incorrect my friends. His Holiness the Dalai Lama has joined a host of other public figures in the NFT world, after Alex Echo’s Official Dalai Lama NFT Collection dropped on Hyprr on Oct 28th. All proceeds from the collection go to the Tibet Relief Fund and The Gaden Phodrang Foundation.
The “We Can Shape The Future” collection features a new drop every week

“We Can Shape the Future”:

The collection, featuring 10 NFTs, is titled “We Can Shape the Future”, and features images of His Holiness the Dalai Lama, created by digital manipulation of photographs into original works of art. Each piece displays a quote from the Dalai Lama, and gentle background audio of the quote, read by Tenzin Lodoe, the nephew of the Dalai Lama. If all that wasn’t cool enough, the set of 10 originals come with a physical print, signed by the artist Alex Echo, on sustainable bamboo paper ($3,500 each). Each original also has 108 limited edition NFTs priced at $750 each. The first release was titled “We must learn that humanity is one big family”, followed by “Time is always moving on. Nothing can stop it. We can’t change the past. But we can shape the future” released yesterday.

With 100% of proceeds from the collection going to these two charities, this is in Alex Echo’s words “the biggest project of my entire 43 year long art career”:

The Gaden Phodrang Foundation of the Dalai Lama was founded by His Holiness the 14th Dalai Lama and aims to promote basic human values, mutual understanding among religions, peace and non-violence as well the protection of the environment. It helps to preserve the unique Tibetan culture and supports the Tibetan people, but also other people in need, regardless of nationality, religion and origin.

About the Artist: Alex Echo

Alex Echo,63 , is the man behind this incredible collection and his story is equally as incredible. Diagnosed with Parkinson’s two years ago, he turned to digital art to overcome the physical limitations of the disease. This isn’t his first piece of charitable work either, with a recent project (with artists including Tracy Emin), involving creating artwork on a life-sized 3D human brain, with all profits going to Parkinson’s UK. Through various projects, Alex has already raised over £1.1M for different charities, not including the $24,000+ he’s already raised with his first Hyprr drop.

The remaining 8 NFTs will drop once a week every Friday at 9 am. Click here to collect one, support these amazing causes and own an incredible piece of art. No brainer we think!