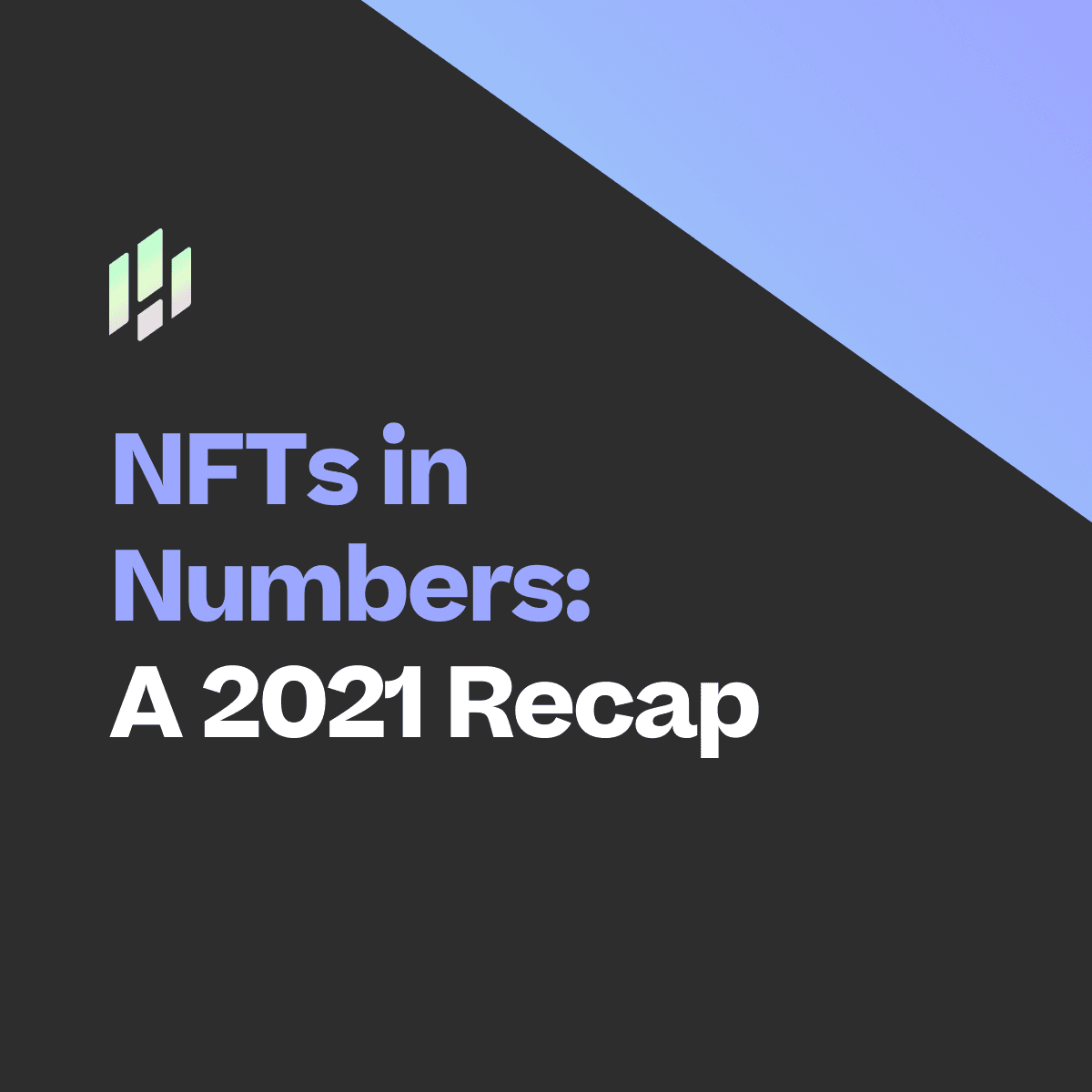 What a year it’s been for the non-fungible token (NFT). The biggest year yet, in fact. From starting the year off with trades reaching $100 million to ending the year with numbers reaching over $23 billion, we thought a breakdown of some of the most impressive figures was in order. So here we have the NFT numbers of the year, or NFTNOTY if you will.

Kind of. CryptoPunk #9998 was the NFT in question, but the person behind the transaction essentially bought the punk from themselves. In a slightly overcomplicated process involving a “flash loan”, the NFT community quickly speculated it was a publicity stunt attempting to drive up the CryptoPunk price. So we’re not going to count that one.

Pak was made the most expensive living artist, exceeding Jeff Koons, after an NFT sale on Nifty Gateway brought in $91.8 million between December 2nd-4th. The NFTs had an interesting twist, where buyers could purchase stakes of the work which would then be combined to make a greater ‘mass’. The NFTs that resulted were minted in the following days and were worth the total number of shares purchased by the buyer. A leaderboard tracked the buyers with the largest mass, and the buyer with the largest was dubbed the ‘alpha’.

You may recognise this one from our list of the top 10 most expensive NFTs sold to date. Beeple’s ‘Crossroads’ tops the list for the most expensive NFT video sold showing a representation of the 2020 Presidential election.

AKA $10.7 billion was recorded in third-quarter trading volume, a 704% increase from the previous quarter which came in at under $2 billion (still not entirely measly). Much of that growth came from blockchain-based video games using NFT collectibles.

$4 million: The most expensive meme NFT ever sold

You may be familiar with this image of a Shiba Inu which became one of the most iconic memes, bagging Know Your Meme’s prestigious ‘Meme of the Decade’ award in 2019. The owner of the ‘doge’, Atsuko Sato, put the image up for auction for 3 days and sold it for 1,696.9 ETH (approx $4 million at the time).

Not too shabby considering the majority of 2020 saw fewer than 10,000 unique buyers per month.

I mean, if you want to. Anyways, happy new year to all!

How to turn Physical Art into NFTs

The NFT space goes hand in hand with digital artists. They’ve been doing this for years. They can make things look cool on a screen and they do admittedly occupy a large space in the market, for now at least. Digital artist Beeple made a collage of 5000 consecutive days worth of digital art he’d created, and sold it for $69 million. But in this pivotal time for creators, how are ‘traditional’ artists, who work with physical media, able to get involved?