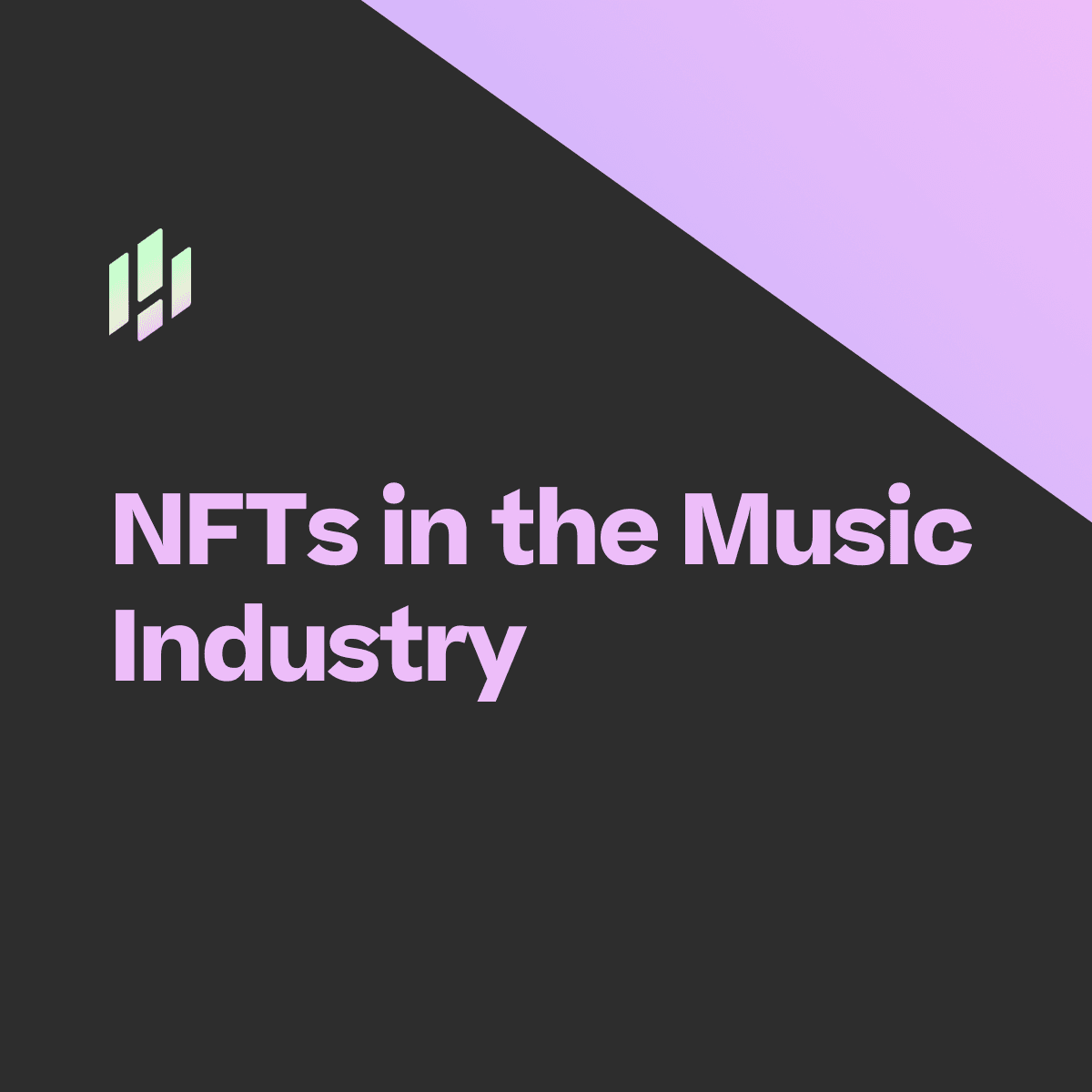 Why would artists want to get involved with NFTs?

Across the entire music industry, artists are taking home an average of 12% of the profits they make from their music. Musicians earn less than a penny per Spotify stream. These aren’t appetising figures. It may be ok if you’re Kanye West, who has a net worth of $1.8 billion, of which the bulk comes from his shoe brand, Yeezy. But for most people, this isn’t the case. This is where NFTs can be of service. The nature of these digital assets means that very minimal fees end up being charged to the artist. At Hyprr, we have an ethical approach to our fees ensuring creators earn more for their work. This means that fans can invest directly into their favourite emerging, or indeed established, artist’s careers. Get in touch if you'd like to hear more about our competitive fees and perhaps joining as a founding member.

Fans get an incredible opportunity to show belief and support for their music, while also benefiting from owning a digital asset. This could be in the form of an unreleased single, artwork of an album cover, or merchandise that can be worn by your avatar in the metaverse. The possibilities are ever-expanding, another appealing aspect to NFTs, as there is virtually no limit to the scope of what can exist in the digital sphere. Proceeds can then be used to fund artists’ next project, akin to kickstarter, to improve the quality of their music, or simply to make a living that is reflective of the effort that’s put into their work.

Although the NFT music space is largely untapped at the moment, there are already a few great examples of artists utilising web 3.0 wizardry to monetise their content:

The American rock band released a collection of NFTs alongside the drop of their latest album ‘When You See Yourself’. They generated over $2million (£1.4million) of sales through exclusive album artwork, limited edition vinyls, live show perks , including front row seats for life, and special album packages. The band donated over $500,000 to Live Nation’s Crew Nation fund, in support of live music crews during the pandemic - another way musicians can reinvest their proceeds into the community.

A vocal advocate for blockchain technology, Canadian musician Grimes tokenized versions of her tracks, sold digital art and created bundles of virtual and real-world merchandise. Making the big bucks, she drummed up (pardon the pun) around $6million from her NFT collection.

Musician and producer Justin Blau, aka 3LAU, sold a collection for a whopping $11.6million via online auction. In an innovative twist, his top selling NFT ($3.6m), included an opportunity for the buyer to record a song with him and provide creative direction. A creative example of how music NFTs can bring fans closer than ever before to artists.

What could the future of music NFTs look like?

As we see a wider understanding and acceptance of blockchain technology amongst the general public, the future of NFTs in music could see larger revenues than traditional streaming sites. Whether it be an NFT which grants you access to gigs/ meet & greets, previously unheard tracks, or maybe even signed merchandise, there is plenty of room for musicians to monetise their content and for fans to directly support these artists. So go ahead, create that blockchain band. Be that smart contract singer. March to the beat of your own decentralised drum.

NFT and crypto twitter can be a very confusing place, filled with frens, HODLs and gns, so we decided to create a dictionary of sorts. Consider it your brief guide to the online community. WAGMI.