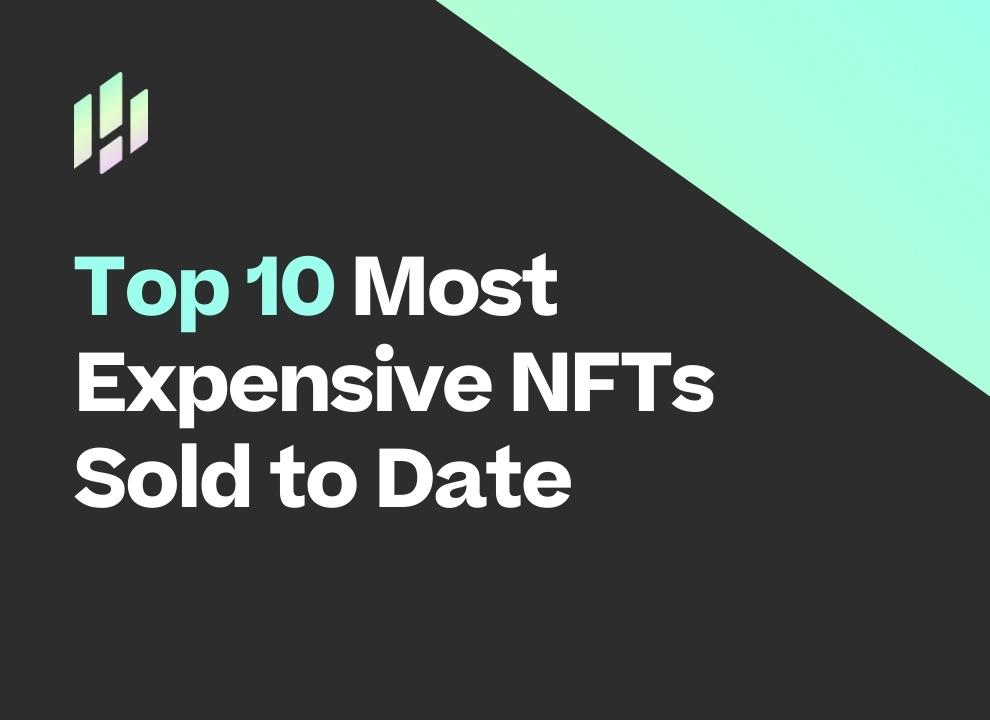 A debut NFT for whistleblower Edward Snowden, the image combines the entire landmark court ruling that the National Security Agency’s mass surveillance broke the law, with a portrait of Snowden. Sold in April, all proceeds went to Freedom of the Press Foundation.

An NFT of the original source code for the World Wide Web, written by its creator Tim Berners-Lee, was sold at Sotheby’s in an online auction in June.

CryptoPunks were the first works to launch the world into NFT-frenzy. They were first released in 2017 by Larva Labs, as a set of 10,000 collectible characters. Each character has distinct accessories; this CryptoPunk (one of 24 Ape punks) has a gold chain and knitted cap and currently isn’t for sale.

Beeple, real name Mike Winkelmann, is a familiar character on this list, with 3 of his creations making the top 10. The least expensive of the 3, “Ocean Front” has the caption “together we can solve this” and is aimed at the climate change crisis with all proceeds going to ‘The Open Earth Foundation’. Sold in March, bidding started at $2.77m before a winning bid of exactly $6m was accepted.

Beeple did it again with this 10-second video clip depicting former President Donald Trump after his 2020 presidential election loss, lying in a heap in the grass. Beeple actually designed two videos, one for each outcome of the election. Had Trump won his second term; a muscular, crown-wearing Trump would have been stomping through flames in celebration.

The next most expensive, yes, it’s another CryptoPunk … don’t shoot the messenger - Larva Labs did make 10,000! Boasting a ‘Cap Forward’, ‘Pipe’ and ‘Small Shades’, this punk is one of 9 ‘Alien Punks’. The added touch of rarity earned the owner, as of March, over £1m more than CryptoPunk #8857.

I can’t promise this is the last CryptoPunk on the list. #3100 is another of the 9 ‘Alien punks’ and has a ‘Headband’ accessory (shared by 406 other punks). On sale currently for $144.83m, this list may need some updating if such a sale goes ahead!

You can’t say I didn’t warn you. You know the drill, one of 9 ‘Alien punks’ and currently the most expensive of the 10,000 characters sold to date. Fittingly, this punk is the only Alien with a medical mask accessory, alongside an ‘Earring’, and ‘Knitted cap’. These 24 by 24 pixel characters really have come to define the NFT metaverse.

Beeple tops the list as creator of the most expensive NFT sold to date and perhaps one of the most unique. In May 2007, deciding to create and post new artwork online everyday, Beeple titled the collection ‘EVERYDAYS’. 5000 days later, and with a sore wrist, he stitched them all together to create the unique piece that is ‘EVERYDAYS: THE FIRST 5000 DAYS’ that sold at auction house Christies in March 2021.